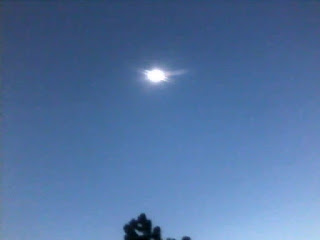 I continue to look at my flip phone out of habit. I haven't turned it off, and want to check for messages. It is far more convenient for checking the time. I feel sad for the irrevocable sense that I can never go back to this medium. I feel like I had to dip into the past to resurrect it 2 years ago, but now that I switched back I feel rather okay with letting things go. I shall turn off the flip phone.
Posted by Dan Groth at 7:34 PM No comments:

Writing up a storm, so to speak.

I'm back on the blog, for real. I no longer have aspirations for uploading a ton of old art onto here. Please consult my website www.dangroth.com for art, old and new.

One of the reasons for the long hiatus in my doing blog posts was my lack of a working laptop. FYI, if you are not a computer geek, reconsider the idealistic notion that having LINUX as your operating system would be super-cool. My last laptop stopped getting updates 'round about 2015. When I finally got someone in-the-know to revamp things so it would update, the laptop became interminably slow. Because I don't have the time or interest in learning the ins and outs of "freekbox", I pretty much gave up. If you have no idea what I'm talking about, feel free to take my advice about not using an open-source operating system.
At the beginning of this year, I put the word out and was able to procure someone's old work laptop with "Windows" on it. It's an older laptop, but it works--and I am able to watch terrible public domain movies like "Mac & Me" on the "YouTube" without the screen freezing while the sound continues on. More importantly, I am able to update my website without using the interminable method of smartphone-typing, or having to go to the library, (I love the library, don't get me wrong).

So, blogs, yep...that was so "MySpace" for me. None of the current social media is amenable to long-form writing, which is really a shame. Facebook was only a shadow of what it is now when I started this blog...The "Book" has since become all-encompassing, and it's clearly the primary means for all of us to become ideological zealots. I'm over it. It's great for keeping up with friends, giving life updates, seeking out interesting news from a variety of intelligent viewpoints (if one has the desire to do so), and networking--but my only creative expression on that format is to post photos, funny things, quizzical statements, music videos, etc, etc. I stopped posting art on it quite awhile ago--probably not a good idea, but Instagram took over that niche for me. By the way, check out my Instagram pages: Here's my art page, begun in 2016,https://www.instagram.com/dangrothart/ . That page was actually split off from an all-purpose instagram page begun in 2013, right after I got my smartphone  https://www.instagram.com/warmgrimace/ . I continue to post scenery, oddities and "funny stuff" on there. Also, I have a side project https://www.instagram.com/the_purple_wanderer/ which has pictures of a Grimace doll in natural settings. I'm still waiting for each and everyone of these pages to go "viral"...yep, still waiting, tick-tock.

Apropos of the laptop situation, one of the big things happening in my creative life right now is a deepening of my relationship with the written word. Some of you may know that I journal--in fact, this January 7th marked the 25th anniversary of my practice. 25 years is something I couldn't have comprehended when I began as someone a few weeks shy of his 18th birthday. The last few years have had me reckoning with this fact, and I've come to realize exactly how much it has shaped how I perceive the world. The past year or so has seen me taking a step back from major visual art production, and taking a step forward into literary exploration, whether reading or writing. The result is an incipient creative florescence of creative writing. I've been working on a sequel to the 2013 one-man play "Eagle Scout", which itself was a continuation of a long-running project between my best friend Aaron Shipps. Since then, I've performed in a number of local plays and have gotten a better sense for play-writing and acting. As well, I am finishing up my first ever short story. It is based upon a fascinating and revealing dream I had last year...I have yet to show it to anyone, (that will change this week), so I have no idea how good it actually is; but the process of writing it has been wonderful and enlightening. It feels like a way to express myself that was unavailable to me in my journal, (which is primarily a record of my life, along with observations and musings). And the exciting thing about it, is that I am creating a pen-and-ink cover illustration for it--it is quite elaborate, and is an extension of my experiments in making imagined book covers, (which began when I was 17, months before I began a journal). I plan to submit the whole package to a juried show, and then print little "booklets" with the illustration on the front. Exciting stuff--one of my biggest artistic leaps, even though it really is a logical next step for me.

Other than that, life plugs on. 43 years old, feeling a deep intensity regarding the aging process, especially as someone who can go back and look at what he wrote 25 years ago....the events from a wonderful spring day in 1994, the day my dad died early in 1995, the tumultuous experiences of 1997, a wonderful personal resurgence in 2000, the powerful year of 2004 followed by a disheartening ending in 2005, and on and on...reading these old pages makes the past come alive, but the present needs attention continually, and that's why writing continues to be essential to my life.

In summary, it feels pretty darned good to be writing this blog. I don't know if anyone gets notifications for it anymore, (If you do, and you read this,...well, you're super-duper cool. Feel free to comment.). The whole aesthetic of my blog page is remarkably frozen in 2009, which I kind of like. I feel connected to myself sitting on the floor of my room over on SE 30th Place in Portland, OR, blocks away from Laurelhurst Park, with my clunky Y2K-era laptop; recently separated from my band of 3 years, the Pink Snowflakes; truly beginning what would become my "Art Career", listening to Kraftwerk while making my first large-scale pen-and-ink; trying to block out my noisy neighbors as they partied all night, (I found out later that after grumpy-old-me moved out, those guys basically had a week-long party and got evicted).  And here I am in Durango in a tiny room at a ramshackle desk, gaining momentum towards my next phase.
Again, visit www.dangroth.com

In closing, I would like to quote the timeless adage, "Good Times, Great Oldies".